CSI or Crime Scene Investigation is becoming one of the longest TV series in the US. It started with CSI Las Vegas with William Petersen acting as Gil Grissom as the head of the crime scene unit. They’ve had successful runs as they’re in their 9th season. They’ve lost two of their original crew and have a new CSI this season. In the beginning, it was a must watch but after 8 seasons some of their plots seem to be recurring and their appeal seems to be dwindling. Also, I think you’ve seen the whole of Las Vegas from watching all their episodes. 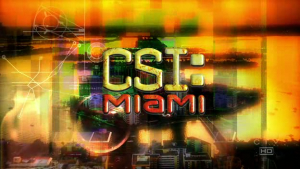 The second CSI is based in Miami with David Caruso acting as Lt. Horatio Caine as the head of the crime scene unit. This CSI is the one I like the least. I hate it when Lt. Caine poses as he waits or looks or they change the scene. The story isn’t as great as the other two CSI. The episode I like the best is when they collaborated with CSI: NY. Some of the actresses here looks superficial and their plots are shallow and without substance. They mostly revolve in drugs, human trafficking and illegal immigration. The cliffhanger of the last season was wasted as not even halfway to the first episode of this season, Lt. Caine was already alive and kicking. Nowadays, I just watch this show when I don’t have anything to watch anymore.

The third CSI is based in New York and Gary Sinise portray the role of Mac Taylor. The actors in this series are like the best not only in terms of acting experience but also in educational background. The twists in the plot keeps you in your seat and make you want to watch more. The stories are more realistic and their seems to be a seamless way on how they solve their cases. I always look forward to Thursday as I can download the latest episode. I hope they will be able to keep their momentum and keep their viewers satisfied. Also, I hope they keep Adam(A.J. Buckley) as a lab cadet as his role in the lab is important and his crush on Det. Bonasera is so cute.

So.. which among the three do you think is the best?